Unlike many tests this was carried out in a real property – a sheltered housing scheme in Crewe owned by a South Cheshire housing association. The property was due to be re-developed as family housing. The test was designed to demonstrate what happens when an electrical fault in a bedroom starts a fire.

The event was described by Martin Low on Granada TV’s report: “Rarely can the dramatic consequences of fire be seen. The flames take hold and quickly spread. After just one minute the bedroom is well alight. Thick acrid smoke adds to the danger. After just two minutes the chances of survival are already slim. By three minutes the temperature has reached 1000oC and escape is all but unthinkable.” 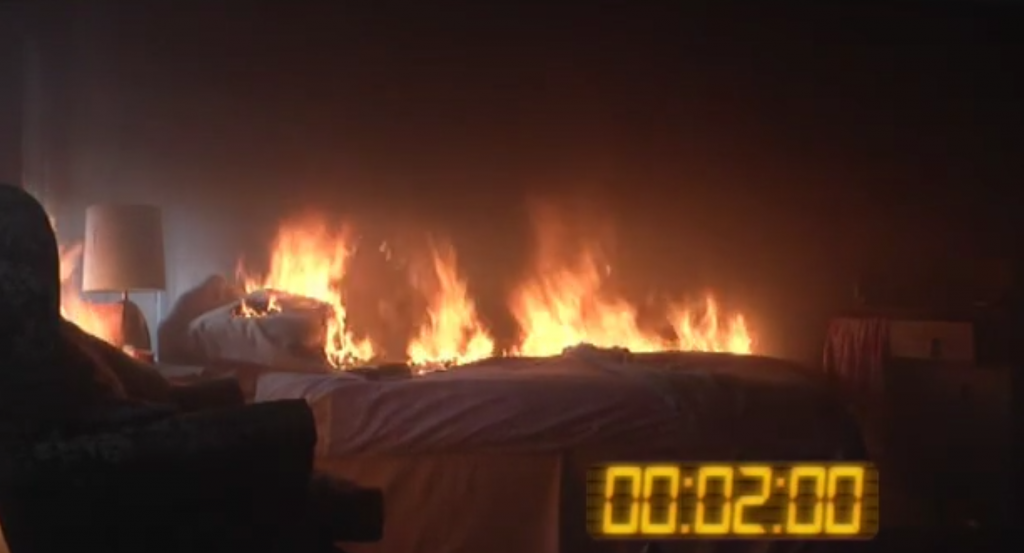 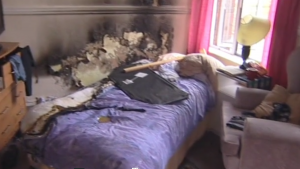 “An identical fire in an identical bedroom, but this room has been fitted with a sprinkler. After 30 seconds it activates and the flames are extinguished. Damage here is minimal.”

Mark Cashin Deputy Chief Fire Officer of Cheshire Fire and Rescue Service commented: “It is a tale of two rooms entirely. We have got one room wihich was completely devastated. No one could possibly have survived in that room. An exactly identical room with the same furnishings in it and the same fire and the fire is extinguished in just under a minuet.

In 2010/11 in England there were 321 people killed by fire of those 9 were in Cheshire. Fire Chiefs believe that sprinklers systems would have saved many of those lives.

You can see the event reported by Granada here and read more about it on the Cheshire Fire Service website.

About Cheshire Fire and Rescue Service

Ultrasafe design, install, commission and service domestic and residential fire sprinkler systems throughout England and Wales from offices in Cheshire, East Sussex, Lancashire and Wales. Please do not hesitate to contact us for further information.