Peckham Fire Contained Thanks to Sprinklers 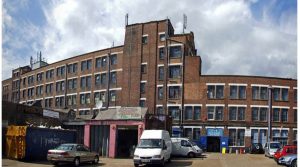 London Fire Brigade received a call to a fire at the Bussey Building in Peckham at 01:46am on the morning of Wednesday 19th July.

The “accidental” fire had started in an artist’s studio on the fourth floor. Four people evacuated the block when its alarm and sprinkler system became live.

The building was formerly a factory of three and five floors plus basement built circa 1887 but has been converted to a multiple use commercial building with bars, cafes, offices and small units. In addition, there is an open air bar and cinema situated on the roof of the building. It is fitted with a sprinkler system throughout the building

When the Fire Service arrived, 4 sprinklers heads had operated in the room of origin  along with a head in the corridor outside the unit.  These had controlled the fire until it was extinguished fully by the Brigade. There were no reported in juries.

From press photographs of the building it is evident that without the operation of the sprinklers this could have been a protracted and dangerous incident for all concerned.

“This incident highlights the clear benefits of sprinklers to businesses and we would urge all companies and business owners to install them.

“In this case the sprinklers successfully contained the fire until crews arrived.

“As well as limiting fire damage and being potentially lifesaving devices, sprinklers and other fire suppression systems help with business continuity by minimising disruption and allowing businesses to get back to normal as soon as possible.”

Read more in the Southwark News or at London Fire Brigade Website.