Sprinkler Save – ‘Thank God for your Sprinklers’

We all like to feel that there is real value in the work we do. It is both satisfying and rewarding to see proof that the fire sprinkler systems that we design, build and fit truly do protect people and their property. 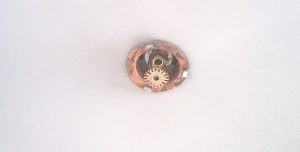 Last night (Wednesday 14 December) an electrical fault started a fire in a Horsham care home. This could so easily have lead to a devastating and tragic event however we are proud to report a happy ending that makes all our work worthwhile: The Ultrasafe sprinkler activated and the fire was out by the time the fire brigade arrived. 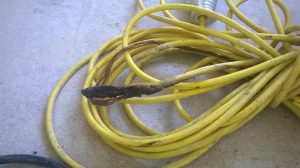 Electrical fault that started the fire

The fire was started by a builder’s 110v extension lead which caught fire and then set fire to the flooring. In the industry a recorded activation like this is called a ‘sprinkler save’. Two heads activated to extinguish the fire with minimum damage. West Sussex Fire and Rescue attended and isolated the system as the fire had been extinguished.

The sprinkler system was originally installed in this care home in 2013.  During last summer the system was then extended as part of a first floor extension where the home built another 10 bedrooms. We commissioned our works on the 5th of December however the building works were still ongoing. 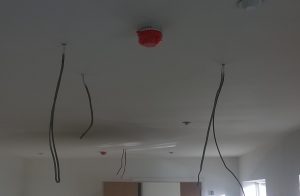 The care home owner said ‘thank god for your sprinklers’. He went on to say ‘I need to discuss installation of fire sprinklers to other care homes in the group so that I can sleep at night’

Read more about the incident in the West Sussex County Times.